Warning: session_start(): open(/var/cpanel/php/sessions/ea-php71/sess_4a185a33d08e2f58e319bcc8fbdfe3bf, O_RDWR) failed: No such file or directory (2) in /home2/kuickculturecom/public_html/web/assets/plugins/event-espresso-core-reg/core/services/session/SessionStartHandler.php on line 65

How to get published internationally

Ever wondered what it takes for your debut novel to become a global phenomenon? Novelist Felicia Yap is the author of the internationally-acclaimed thriller Yesterday, recently optioned by Hollywood for the big screen. She will offer an interactive workshop on what it takes to write and publish your first novel, drawing on her experiences of being published in the US, UK and in multiple languages around the world.

She will discuss the process of finding a literary agent and explain how to write effective cover letters. She will also offer writing tips, including advice on how to craft suspense novels and psychological thrillers.

Requirement: Participants should prepare a twenty-five word pitch for the projects they are working on. 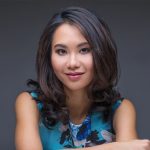 Felicia Yap’s debut thriller YESTERDAY is being published by Little Brown USA, Headline UK and around the world in multiple languages, including Malay by Buku Fixi. Her novel is about a murder that takes place in a world where most people only remember yesterday. Felicia has been a radioactive-cell biologist, a war historian, a university lecturer, a technology journalist, a theatre critic, a flea-market trader, and a catwalk model. She read biochemistry at Imperial College London, followed by a doctorate in history (and a half-blue in competitive ballroom dancing) at Cambridge University. Felicia grew up in Kuala Lumpur and lives in London. She was selected by The Observer as a Rising Star for Fiction.

About Nite sCool by Kuick Culture

Each of the Nite sCool by Kuick Culture sessions will offer expert, applicable skills and insights across photography, interior design, small business, craft and more.

PrevPreviousHey start-ups, it’s not the marketing, it’s the branding

© 2023 KuickCulture.
All rights Reserved.
Information
Menu
For Hosts
Menu
Connect With Us
Scroll to Top